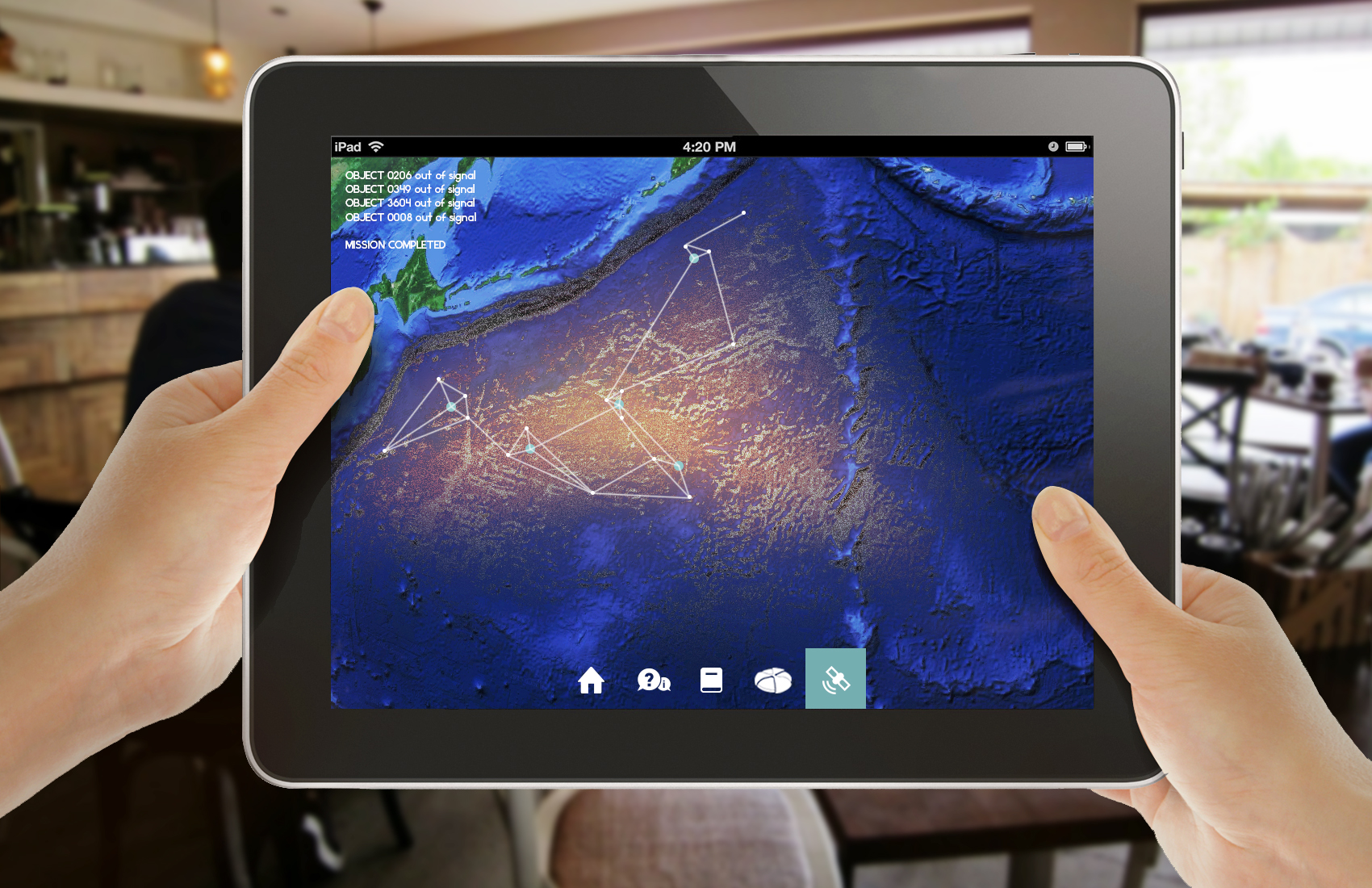 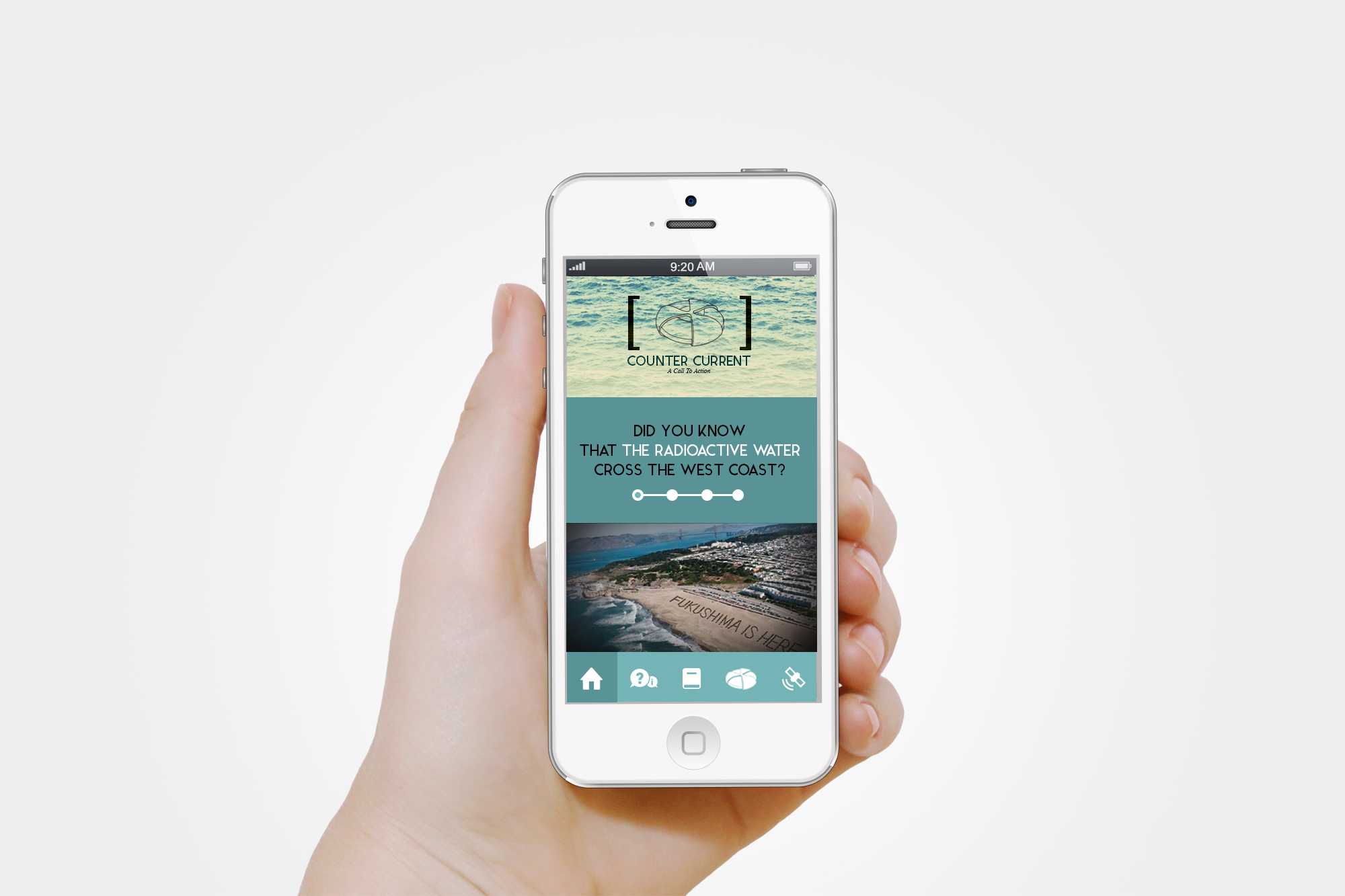 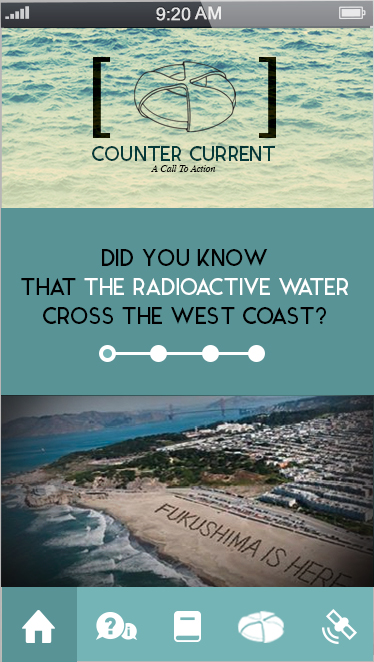 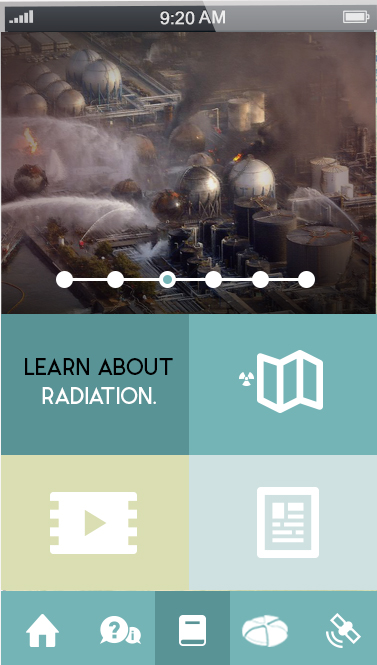 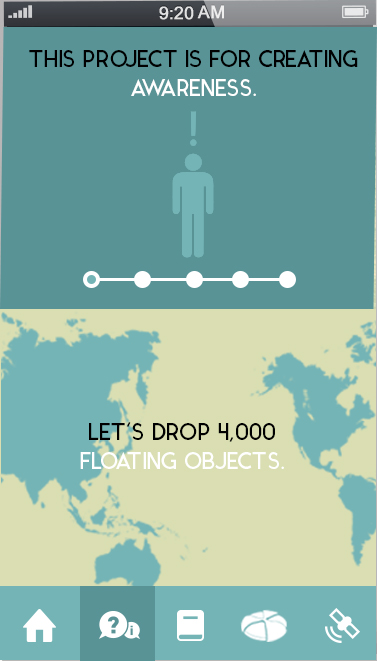 OVERVIEW
The Fukushima Daiichi nuclear disaster was caused primarily by the tsunami on March 2011. The massive damage caused by the tsunami produced equipment failures and a rapid loss of coolant that resulted in nuclear meltdowns and a release of radioactive poison, the likes the world has not seen since the Chernobyl travesty in 1986. The Fukushima Daiichi nuclear disaster is a global hazard but countries have not addressed the seriousness of the problem and citizens, especially in the U.S., have not been made aware of what’s happening (2013). They still see this as something that occurred far away from them. But the disaster is heading our way.

PROJECT BRIEF
Three hundred tons of contaminated water has started to touch the U.S. coastal water and it is only just the beginning. The first step in stopping a disaster is awareness followed by a call to action. The design solution will address the first step in averting a travesty. The visions for the project is to first alert and educate the people about what is right now crossing the ocean. The second goal in this vision is to educate and incite the government agencies and other institutions with the power and the means to not only green light this project but to do something about coming tragedy. 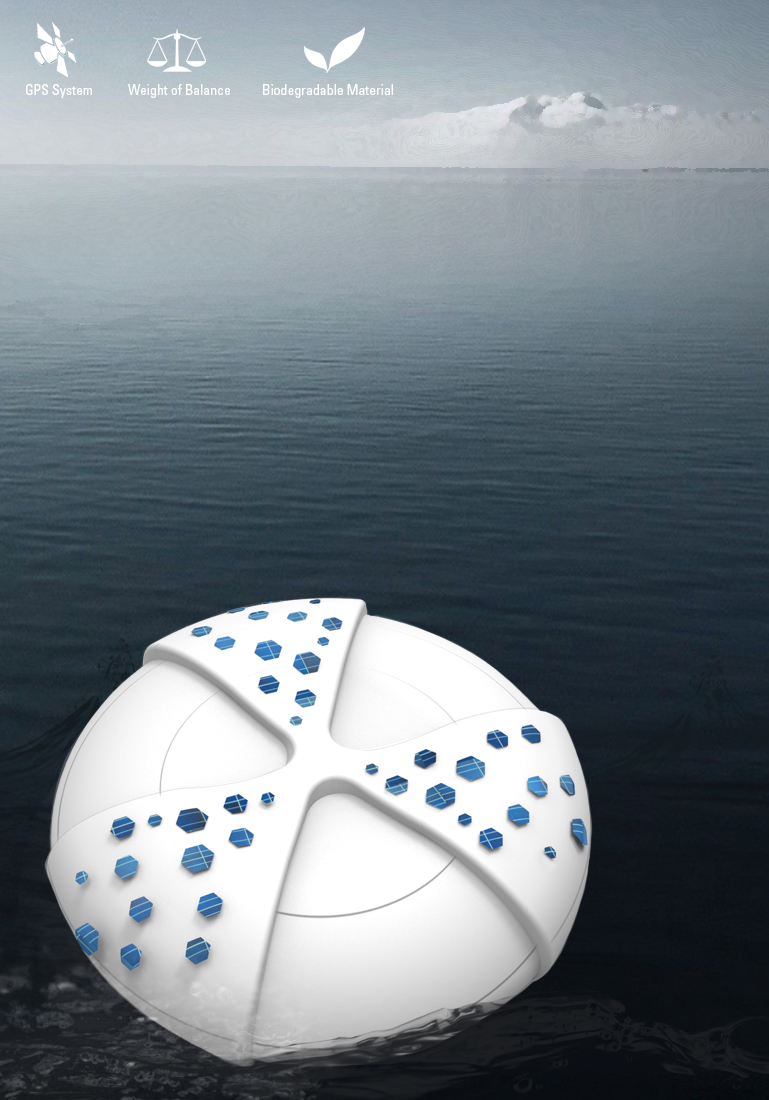 PRODUCT DESCRIPTION
My design is 4,000 floating and biodegradable material objects that will travel from the Fukushima site to the U.S West coast which simulate the emergence of a potential problem. The floating object has a dynamic tracking system which connects to an application by mobile, tablet and desktop. People can check on varies local information and the time it took to reach the U.S west coast with google earth images, which create emotions and call to actions through the application.

OBJECTIVE
The government and agencies shall seek to accelerate and enlarge the contribution of atomic energy to promote peace, health, and prosperity throughout the world. This project will improve self-awareness by the understanding of reality. 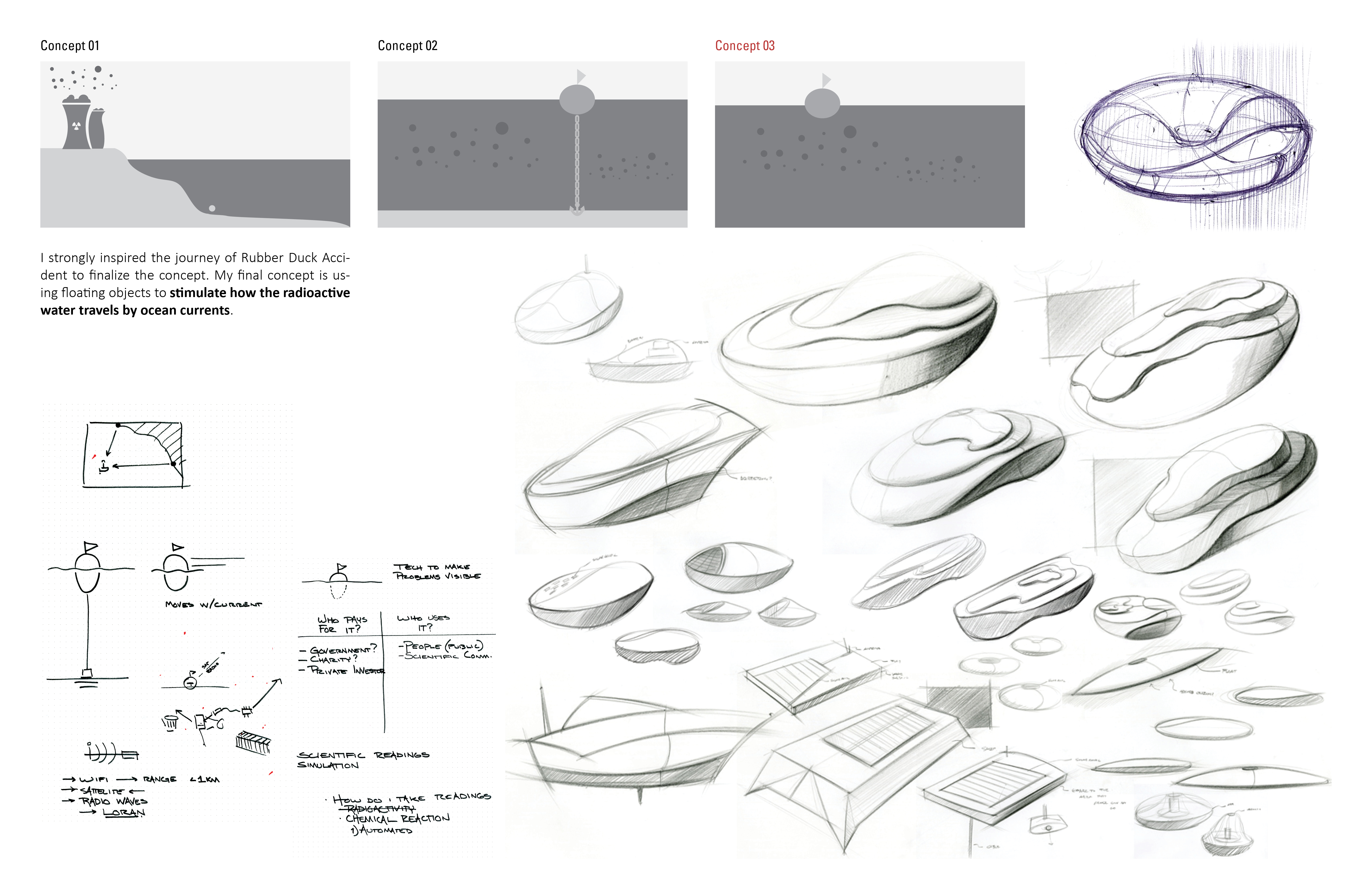 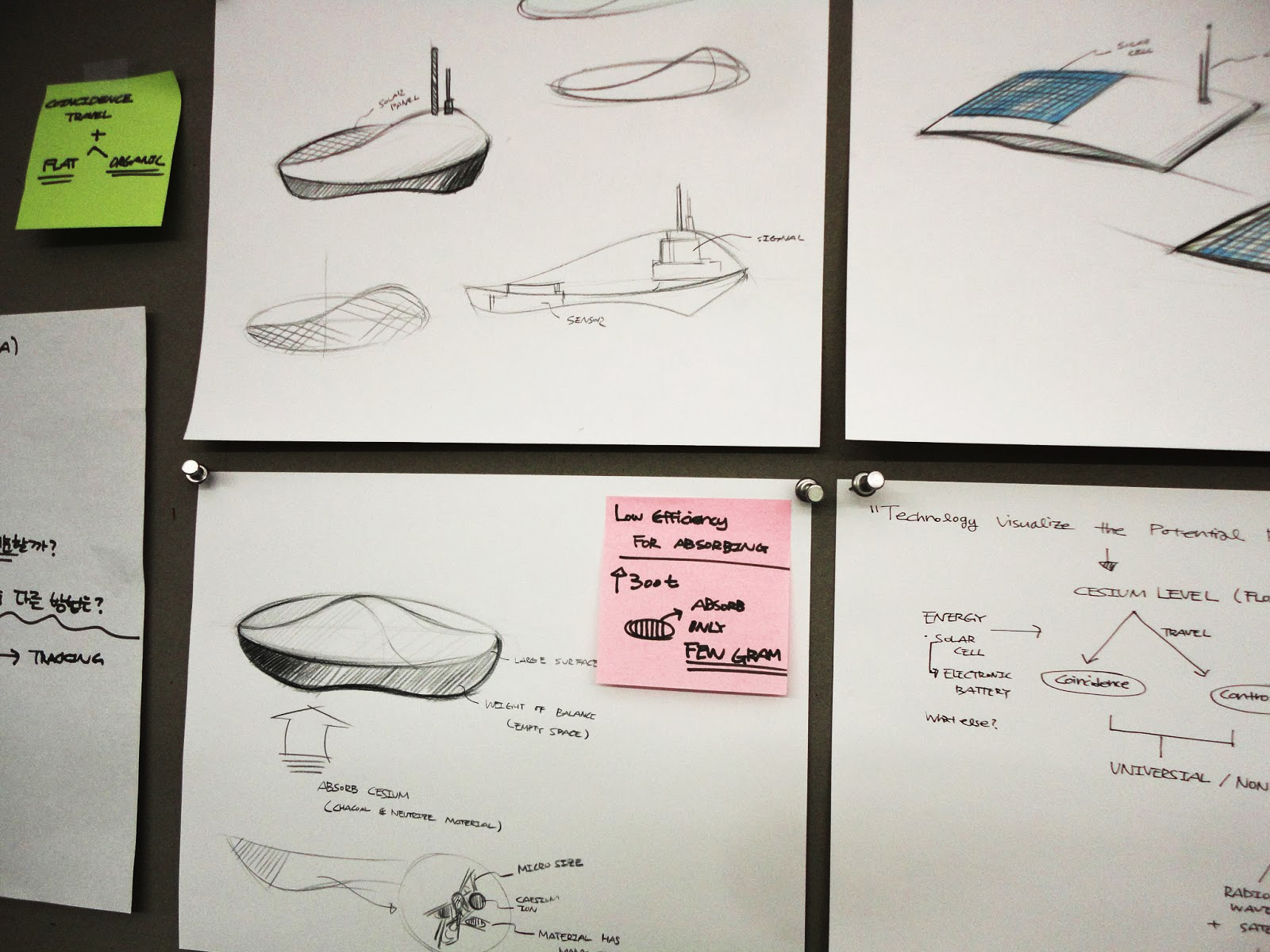 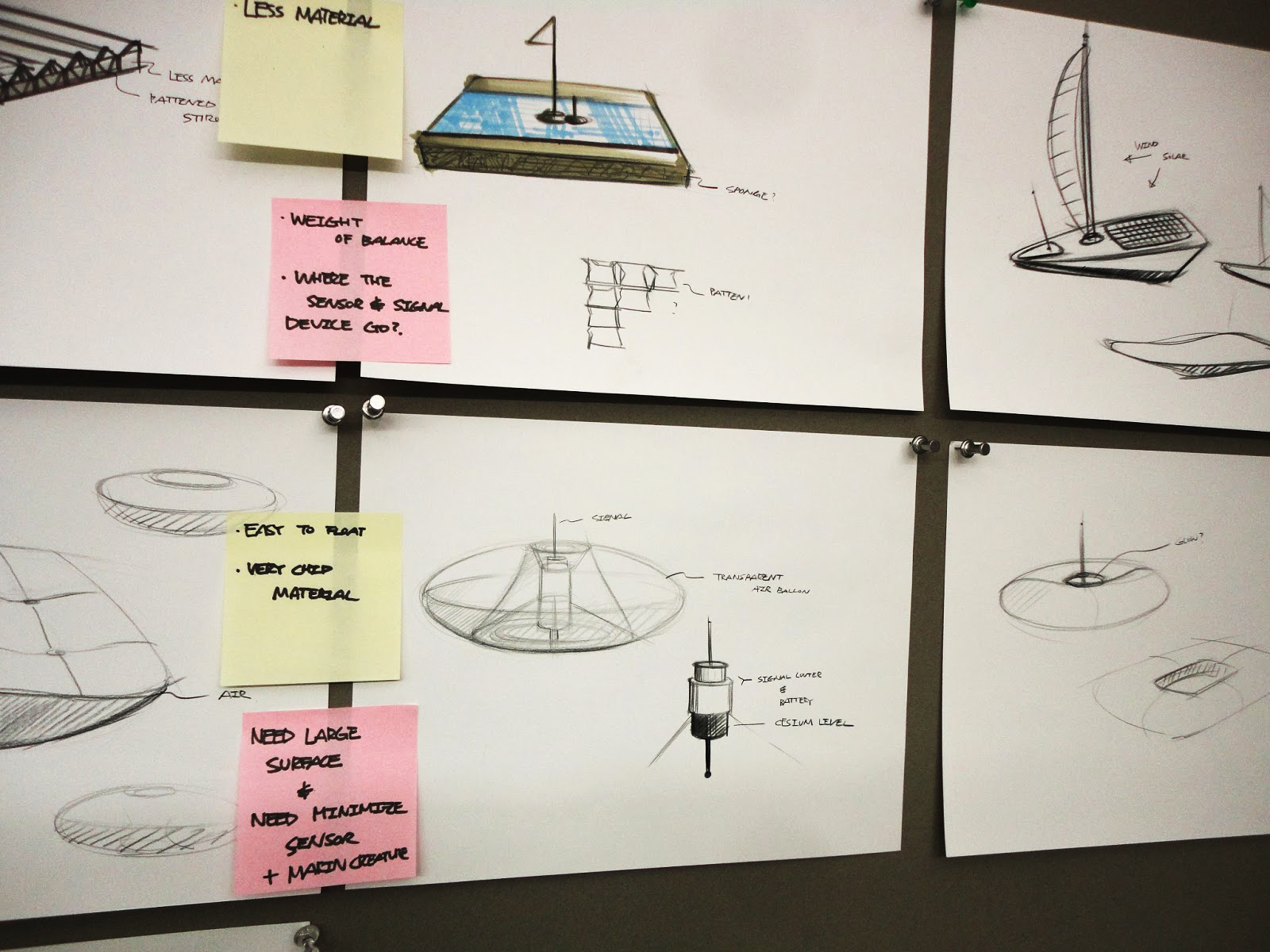 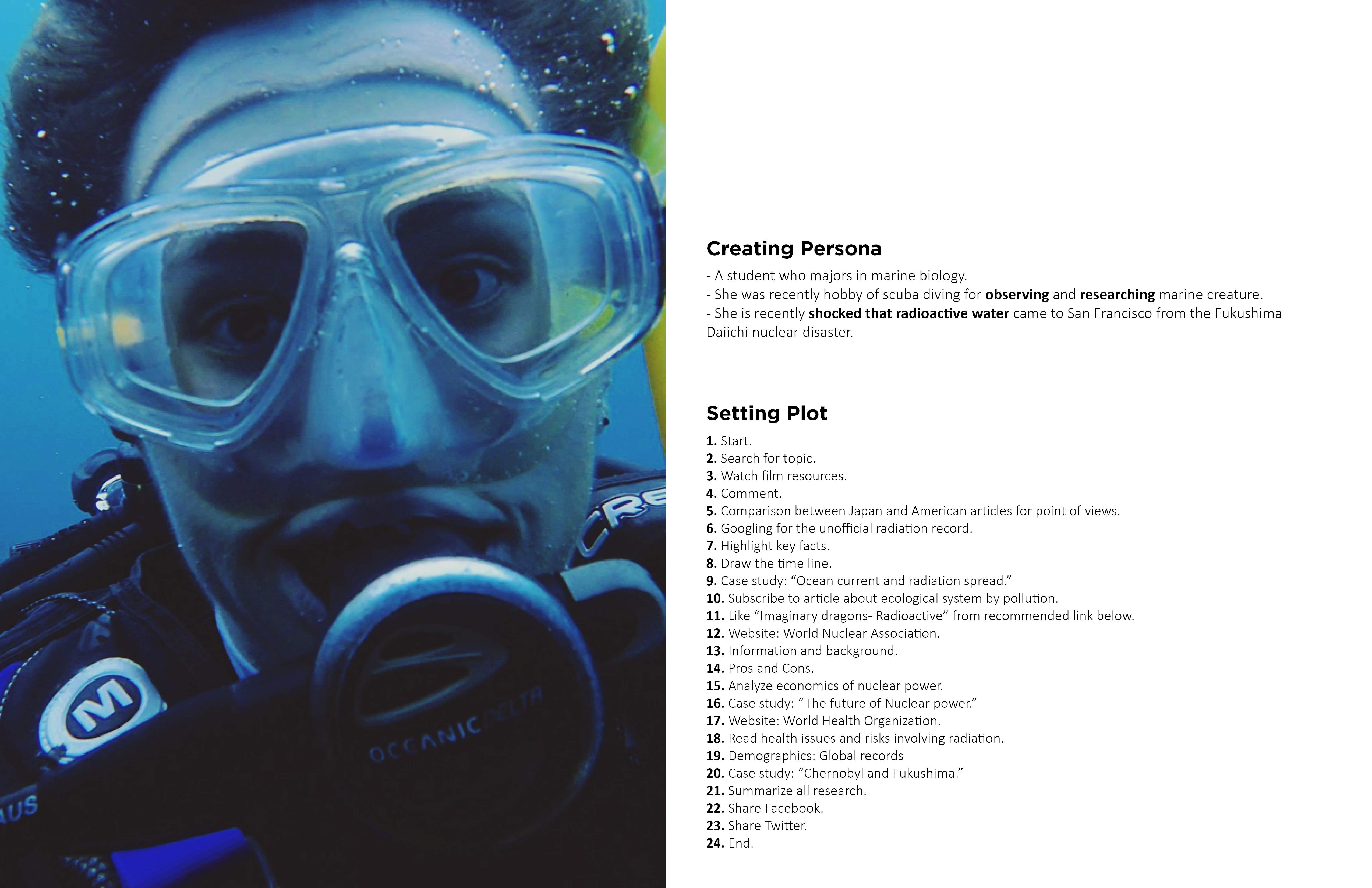 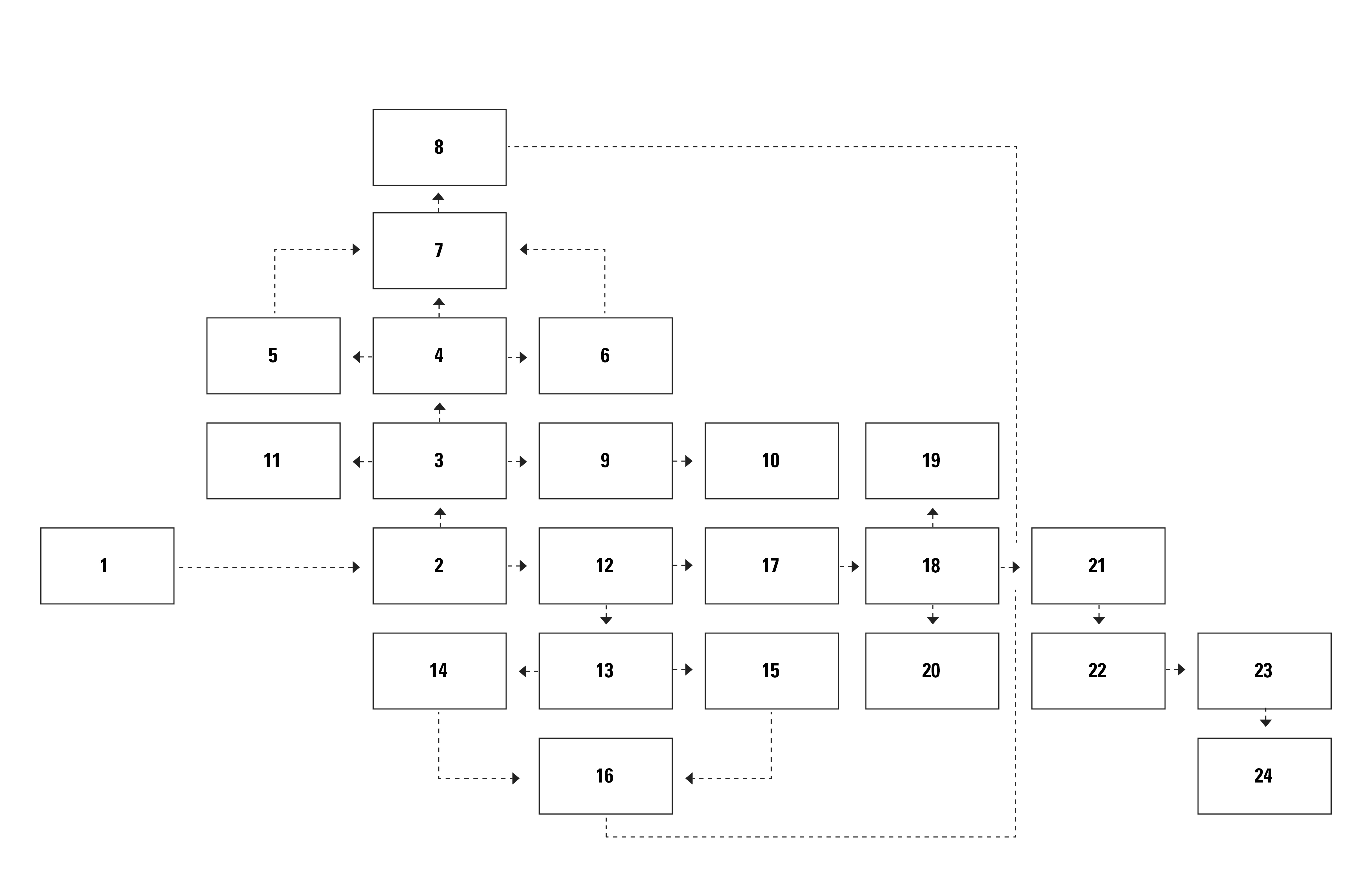 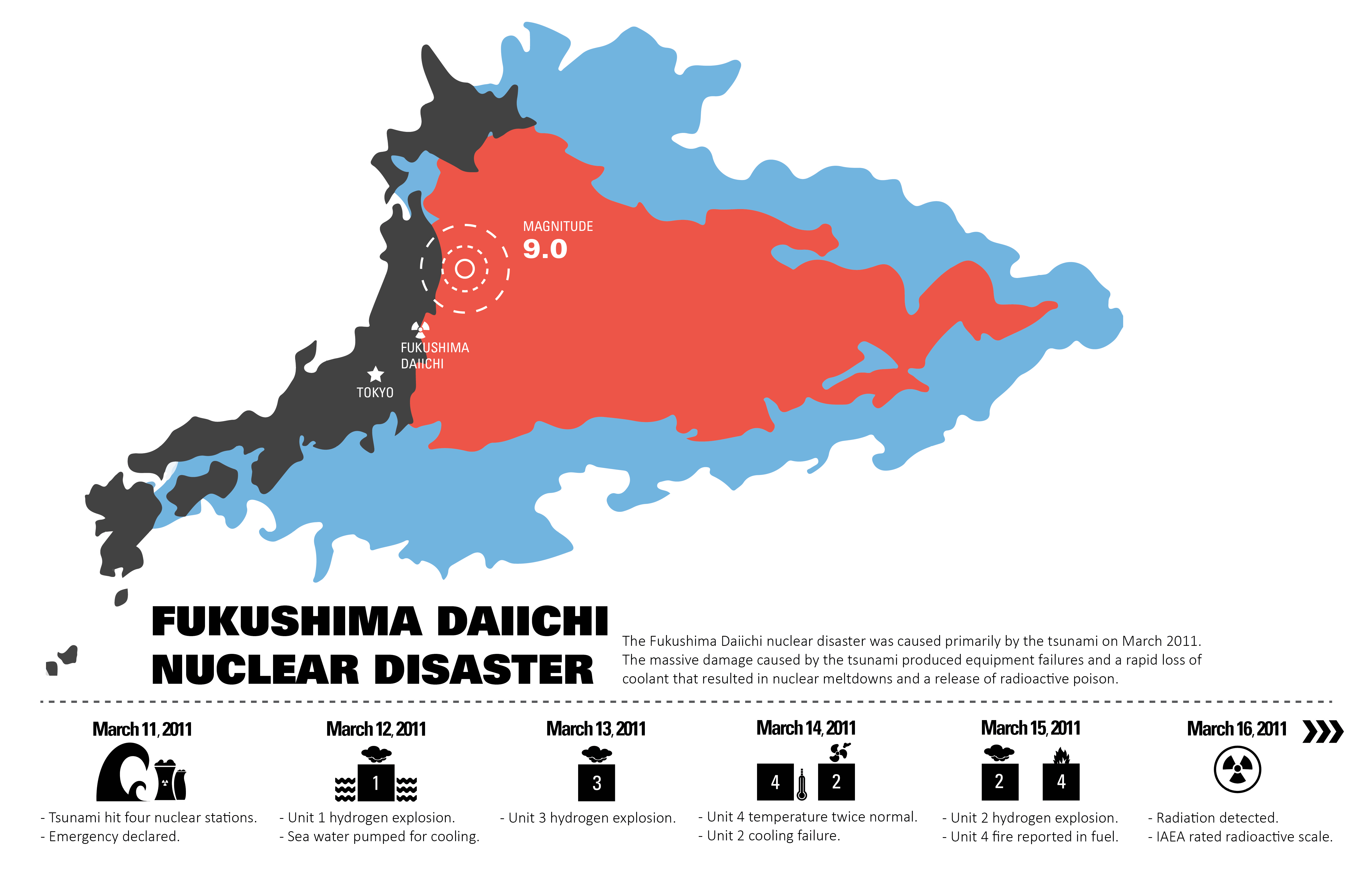 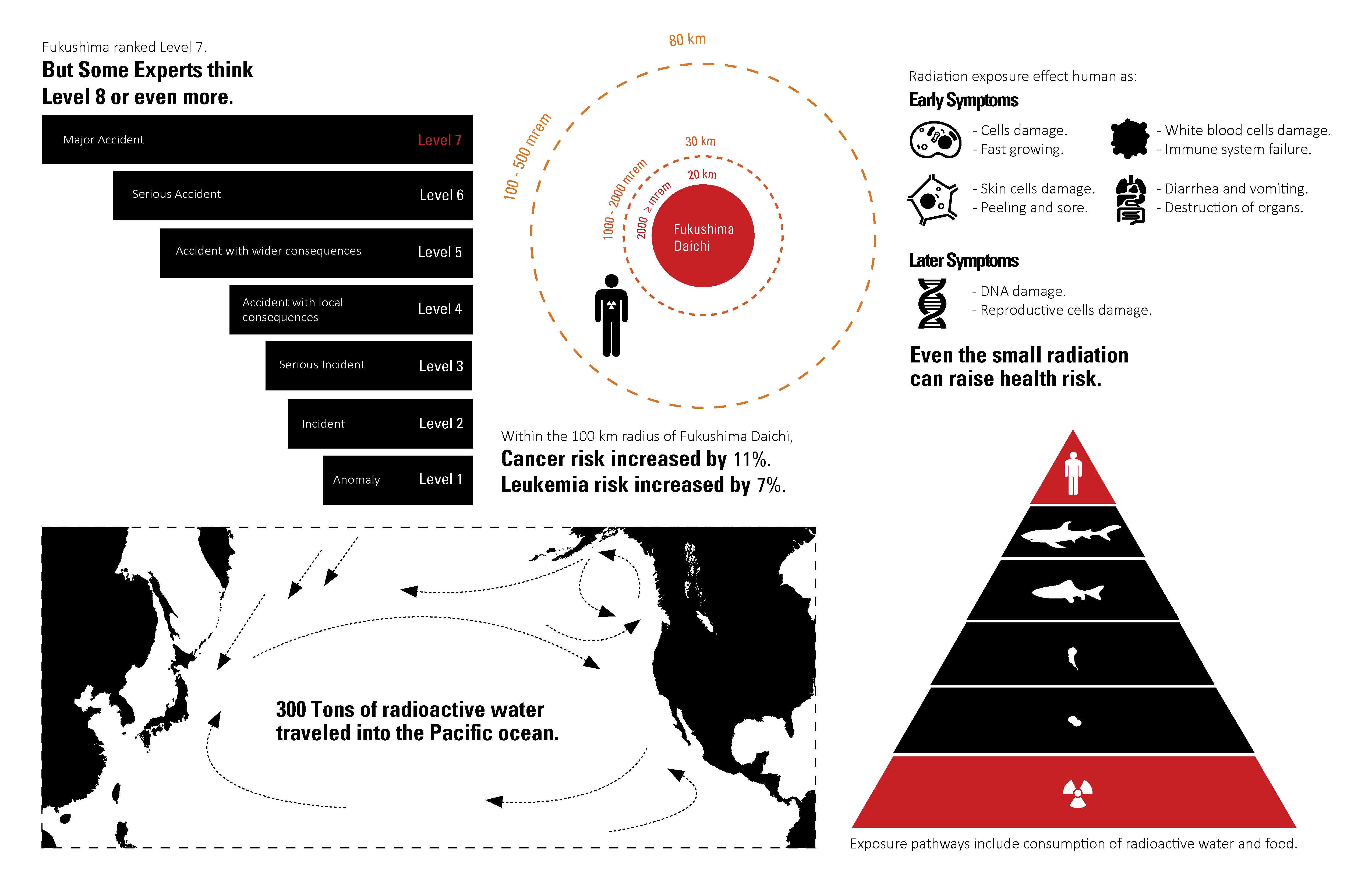 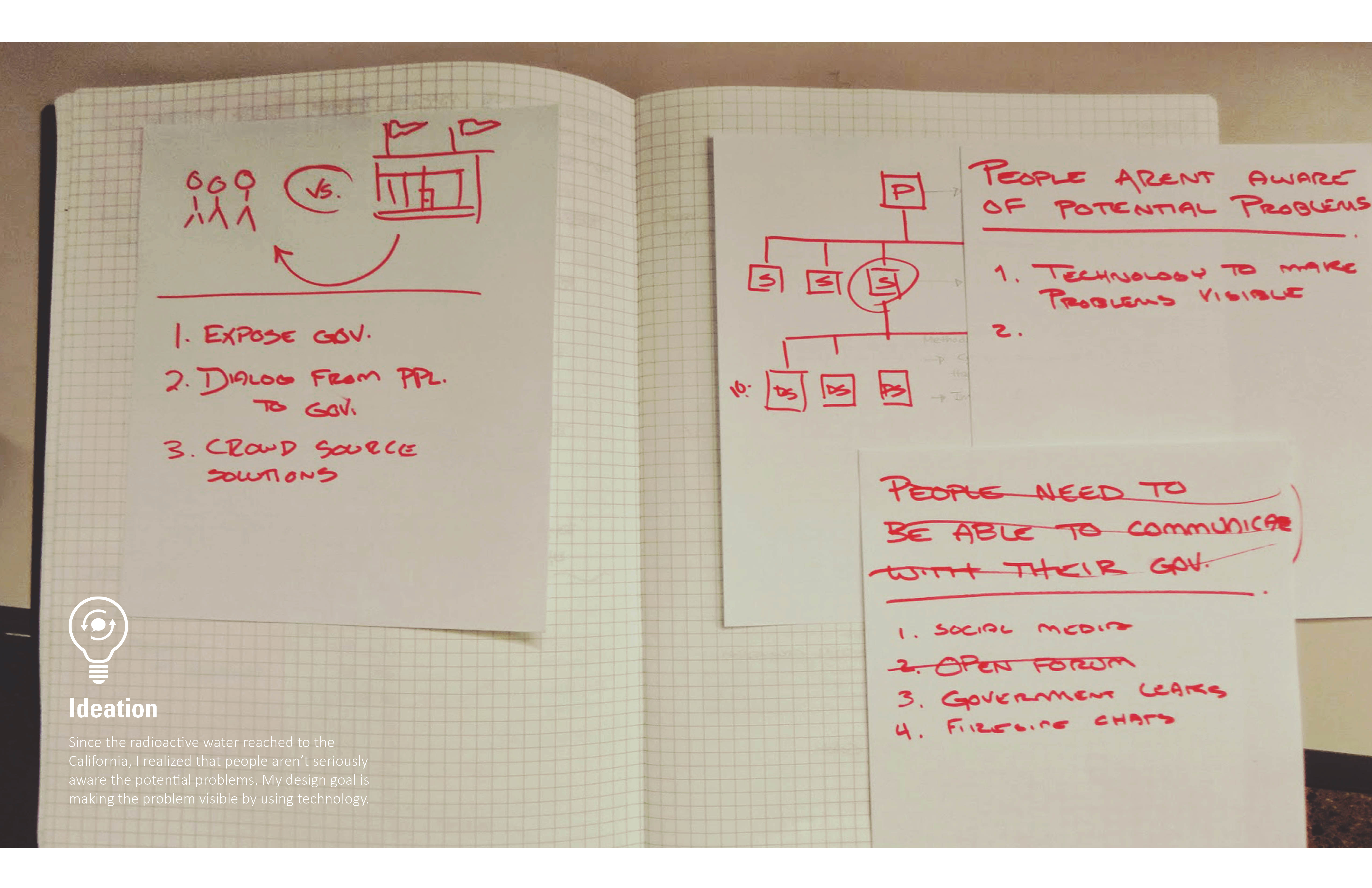 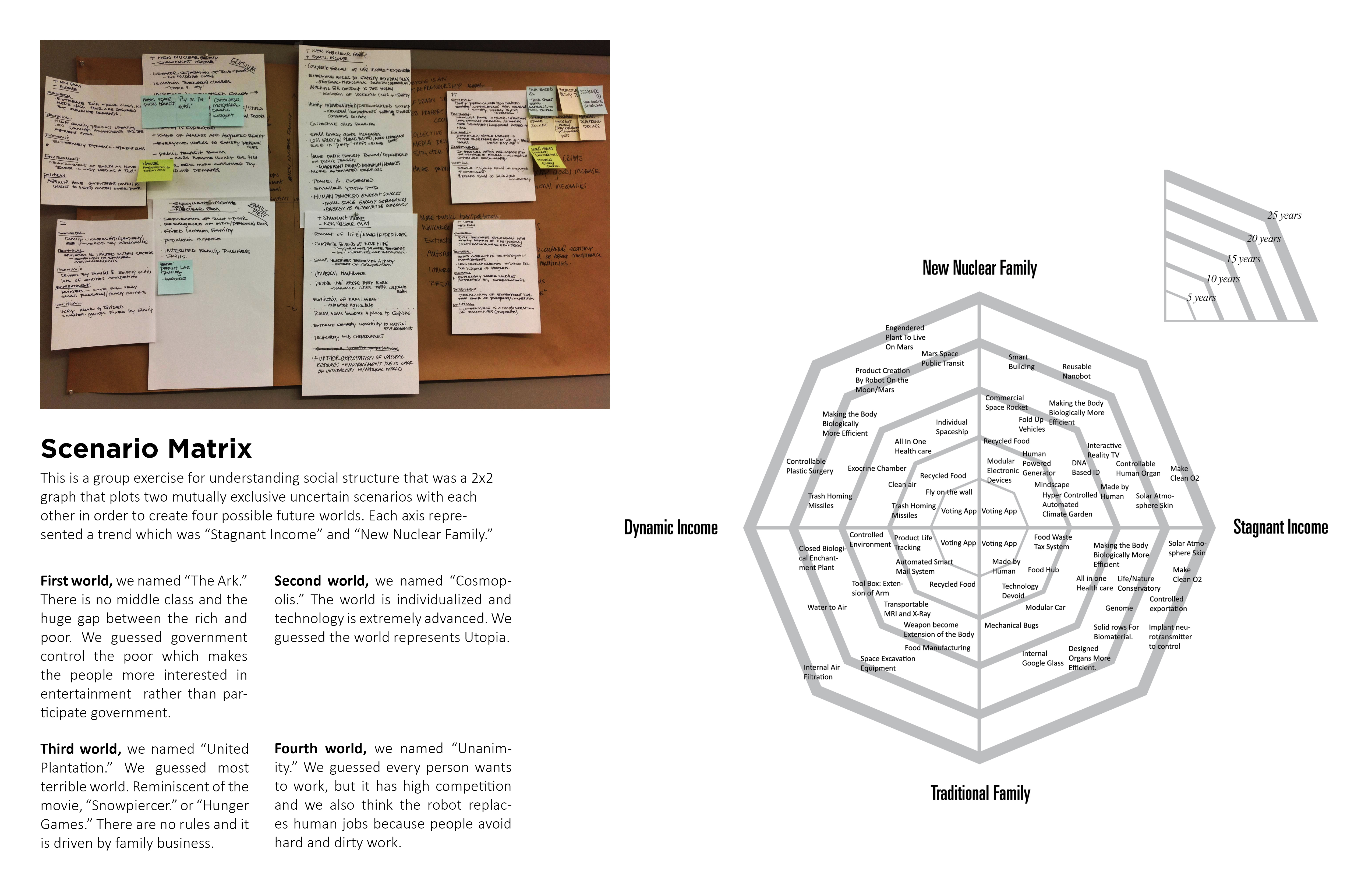 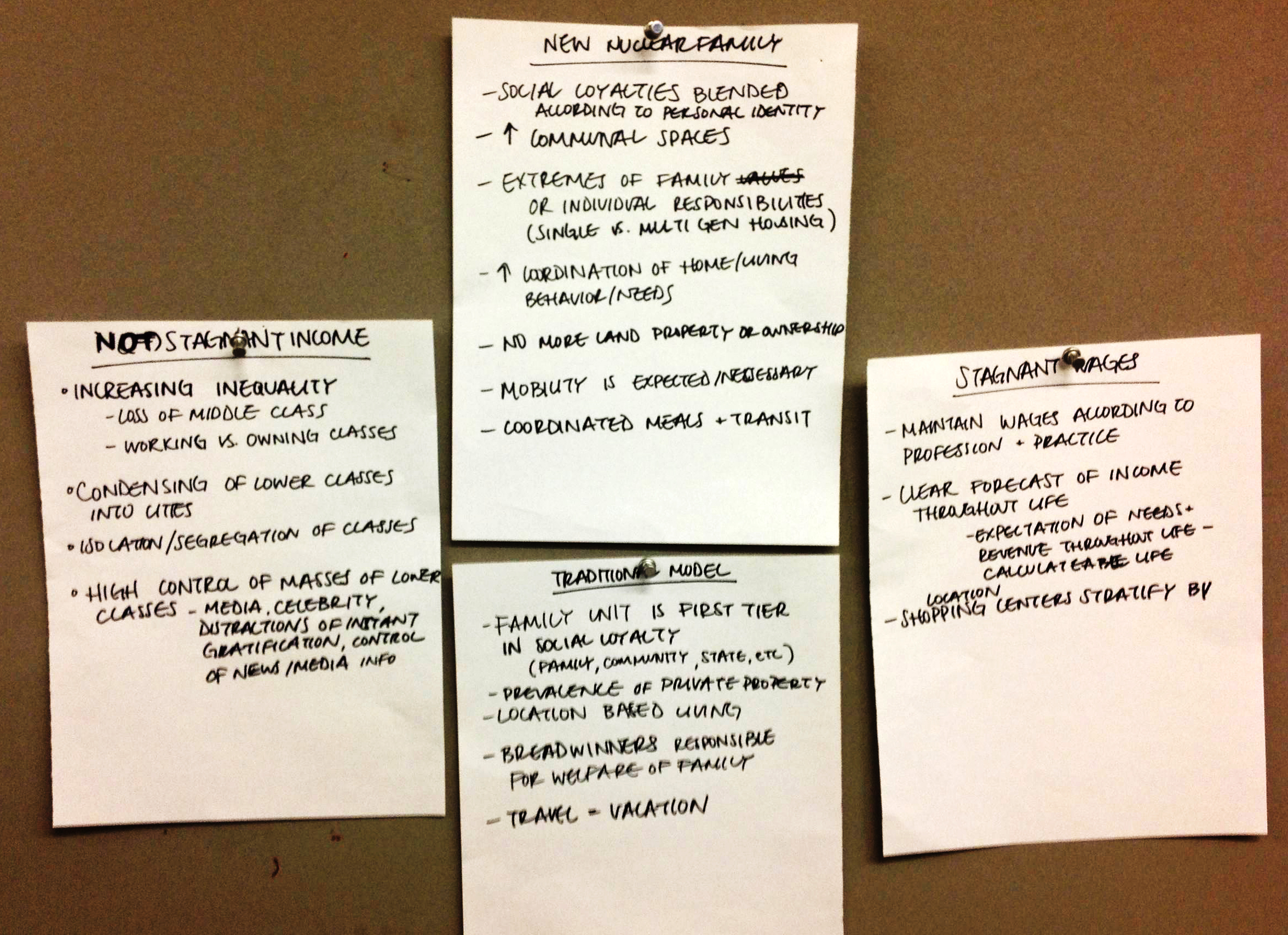 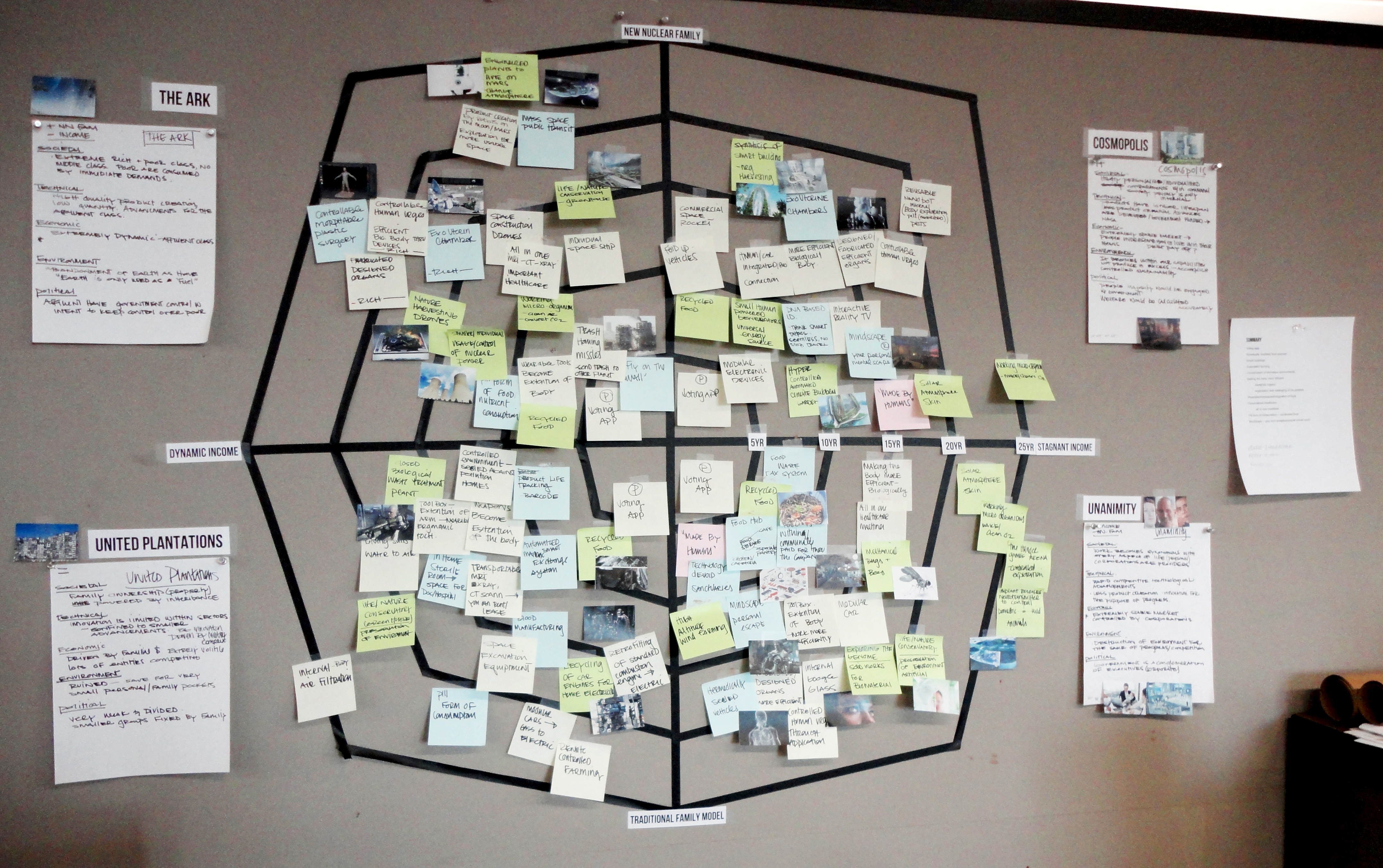 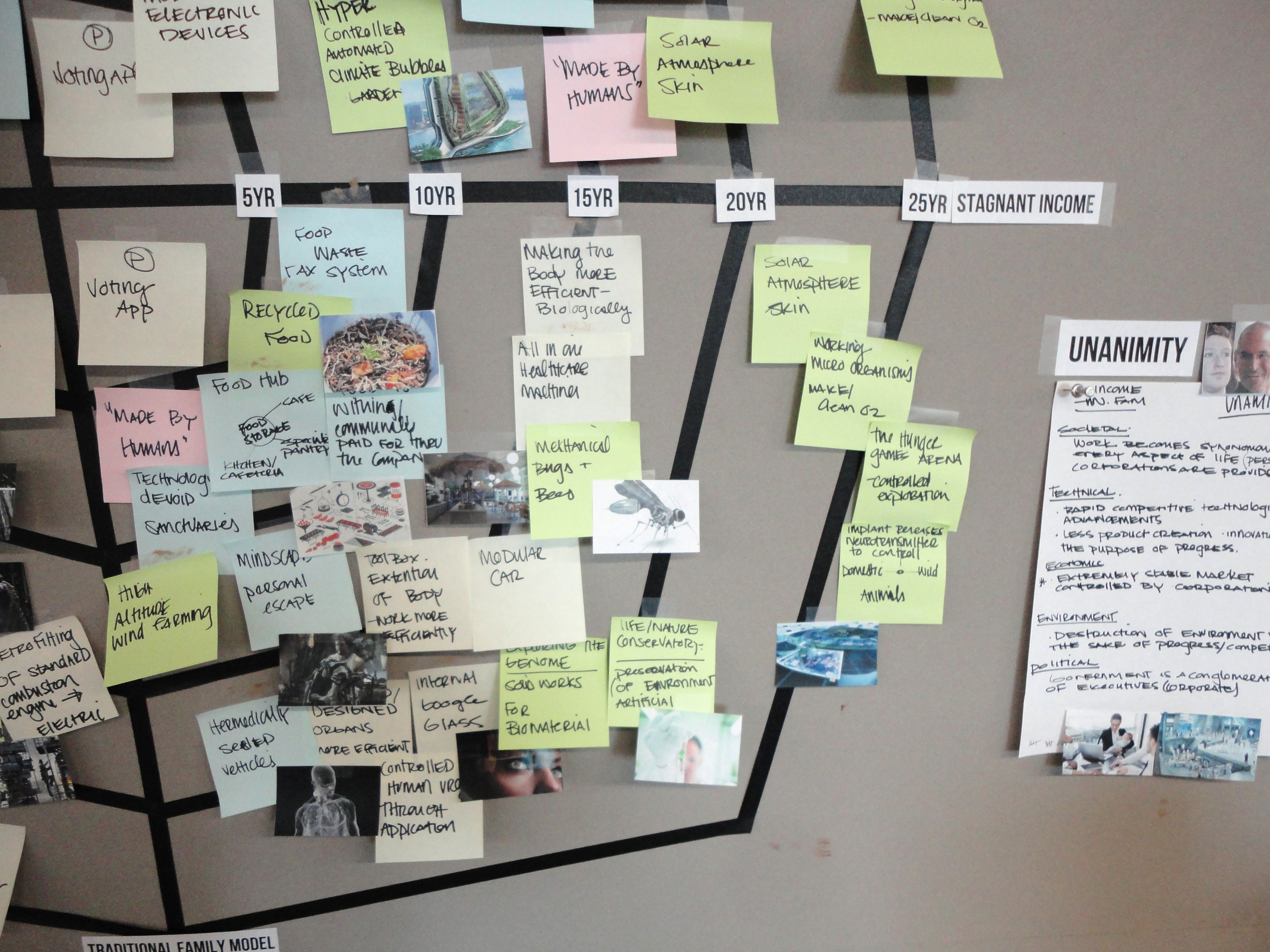 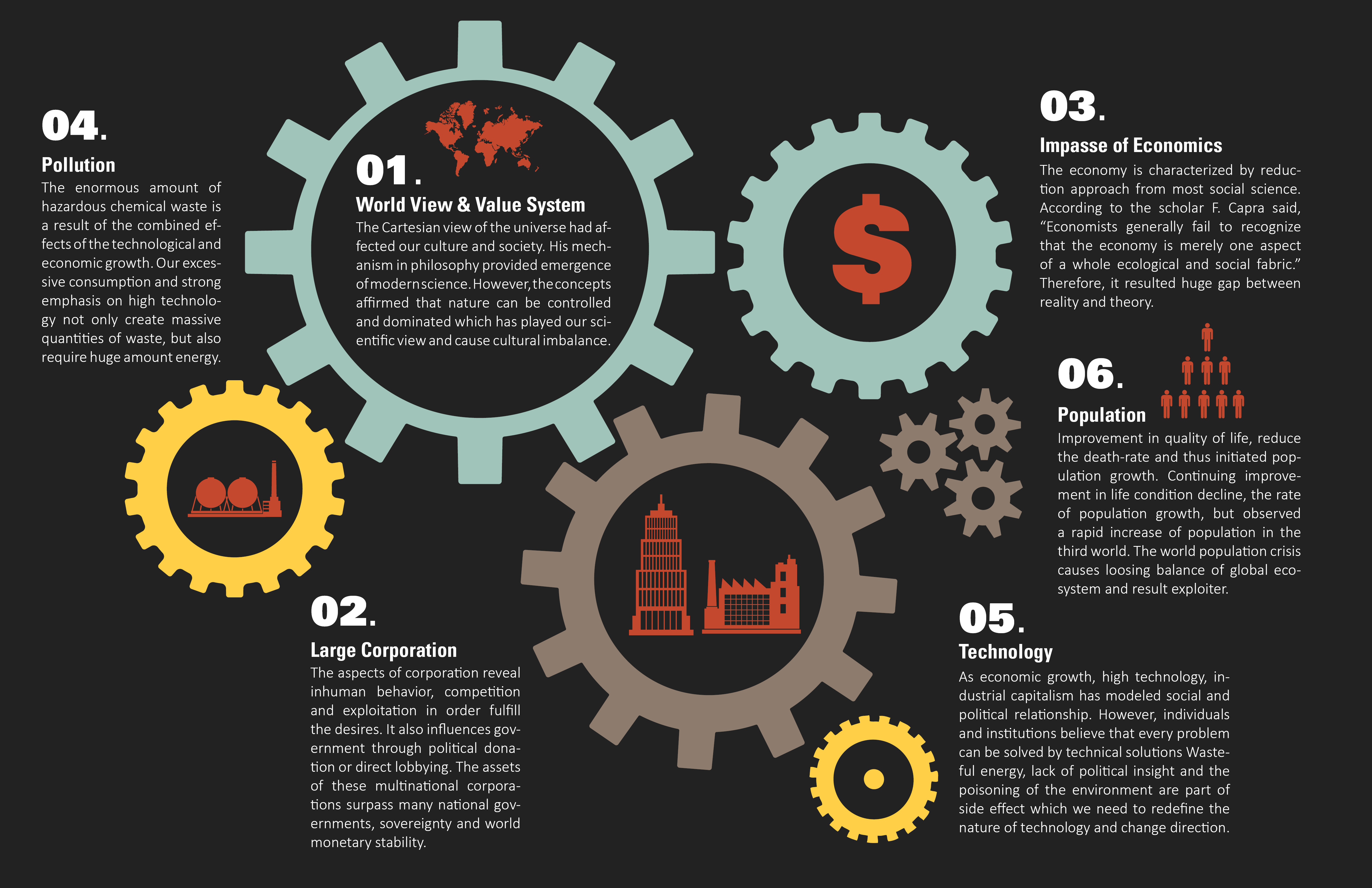